The Gap's creative director insists that "Fashion is...about instinct and gut reaction." In the competitive world of retail, that "instinct" has been set to fast forward as Gap seeks to outpace fast-fashion retailers and other trends that constantly push Gap and other retailers to meet consumer needs, faster. 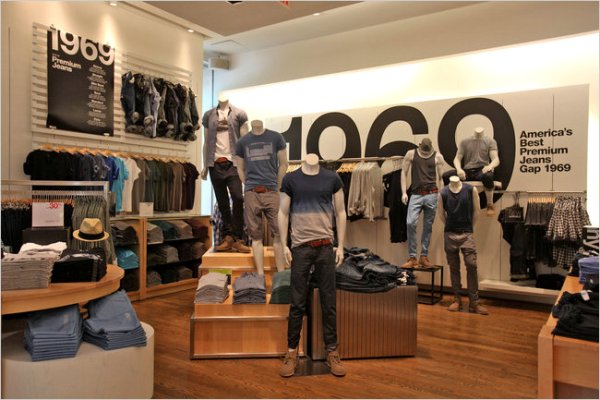 This is no small feat given Gap's size. The Gap is a global specialty retailer offering clothing, accessories and personal care products for men, women, children and babies. With nearly 134,000 employees and almost 3,200 company-operated stores and an additional 400 franchise stores, fashion-conscious consumers can find The Gap around the world.

And they do, spending over $16 billion annually on Gap's latest track pant, indigo-washed jeans and racerback tanks.

That's both the good news and the bad news, as presented by Gap consultant Ryan Murray at MongoDB World.

Good, because it means Gap, more than anyone else, dresses America and, increasingly, the world.

Bad, because at its scale change can be hard. 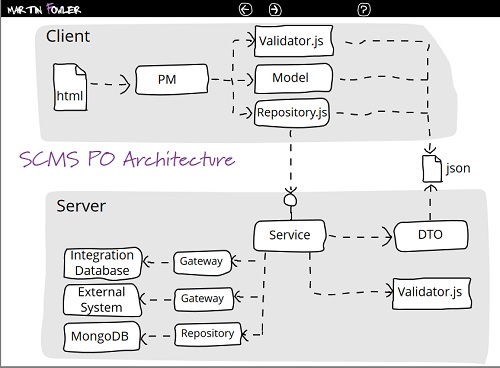 The critical thing is that the business thinks about the order as a single entity, while Gap's RDBMS broke up the purchase order into a variety of rows, columns and tables, joined together.

While this may seem like a small thing, as Murray points out, the RDBMS "forced [developers] to shift away from the business concept-- what is a purchase order and what are the business rules and capabilities around it-- and shift gears into 'How do I make this technology work for me and help me solve a business problem?' [mode of thinking]. And that destroys flow." Developers may be more technical than the rest of us, Gap wanted its developers helping to build its business, not merely its technology.

Murray continues: "We don't want the developer having to work with the impedance mismatch between the business concept that they're trying to solve for and the technology they're using to solve it."

As such, Gap realized it needed to evolve how it manages inventory and its vendors. It turned to MongoDB because it was able to easily make sense of data that comes in different shapes, which it needed to store quickly and transparently in Gap's database. MongoDB, in short, helped Gap become much more agile and, hence, far more competitive. 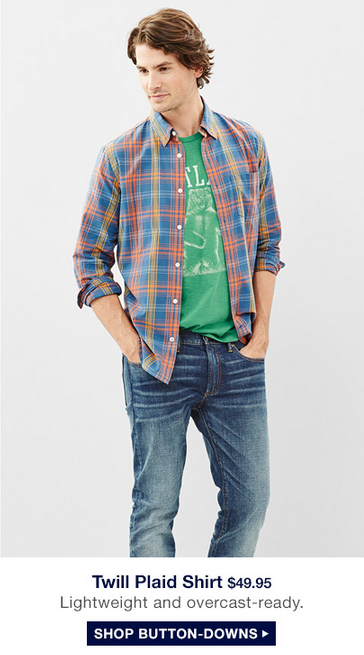 One way Gap managed this was by moving from a monolithic application architecture to a microservices-based approach.

The traditional model for building applications has typically been as large monoliths. In this case, that meant the PO system was one, big code base that handled everything related to a PO, whether that was handling demand from the planning systems and creating those purchase orders or simply handling how the purchase orders actually integrate to other systems and get down to the vendors.

All of those things are actually fairly independent of each other, but the code base to manage it was monstrously big and monolithic.

Instead Murray and team introduced the concept of the microservice, a service dedicated to one business capability. For example, a microservice could handle communicating out to the vendors by EDI or whatever technology that a new purchase order has been registered. It turns out that MongoDB is perfect for such microservices because it's so simple and lightweight, Murray notes.

Gap uses MongoDB to power these single service and to connect them together. Each of these services lines up with a business function. Developers can work on separate microservices without bumping into or waiting on each other, as is common in a monolithic architecture. This enables them to be far more productive; to work much faster.

MongoDB As An "Extreme Enabler Of Agile Development"

In this and other ways, Murray lauds MongoDB as “an extreme enabler of agile development”, or iterative development. Waxing rhapsodic, Murray continues: 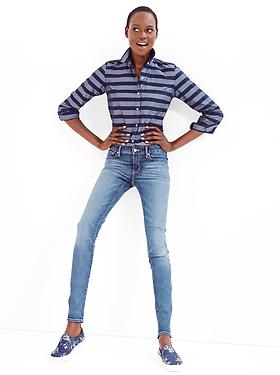 MongoDB allow[s our developers] to essentially forget about the storage layer that's underneath and just get work done. As the business evolves, the concept of a purchase order as an aggregate concept will also change as they add fields to it. MongoDB gets out of the way. [Developers] drop a collection, start up new code over that database, and MongoDB accepts whatever they throw at it.

As just one example, Gap was able to develop this new MongoDB-based purchase order system in just 75 days, a record for the company. In true agile fashion, MongoDB enables Gap to continue to iterate on the system. Five months in, the business wanted to track in a dashboard style the life of a purchase order. With MongoDB, that business requirement turned out to almost require no development effort. Murray and team were able to add new types of purchase orders and have them easily coexist with old purchase orders in the same collection and keep moving.

Not in months. Or weeks. But rather each day the development team was able to show the business what that feature might look like because of MongoDB's flexibility.

All of which makes Murray and his team at Gap so happy to work with MongoDB. "Software is ultimately about people," he insists, and giving developers software like MongoDB that they love to use makes them happy and productive.

As Facebook’s stunning $19 billion pending acquisition of WhatsApp shows, these are boom times for messaging apps. But while the upside is huge, it’s not an easy market to break into. That’s why Hike Messenger’s ascent is so impressive. After just 15 months, the India-based company has amassed more than 20 million users and continues to grow rapidly. With ad campaign under way in Hike’s native country, the company is poised for future growth. In an attempt to avoid the pitfalls that have felled other fast-growing startups, the company is planning for its future by employing MongoDB technology. “For us it was extremely important that we can start small and then grow big as we want to,” Rajat Bansal, CTO at the company, explained recently. “At any given point in time, as a technology honor, I make sure all my systems are scaled, at least five times if not more.” It was also a plus that developers love working with MongoDB’s platform because it’s easy to ramp up and easy to use. As Bansal tells it, MongoDB was an integral part of Hike’s back-end technology, which was created by a very small team and was used by a fairly large number of customers. As a small company (Hike had just four employees when it launched), Hike also leaned hard on MongoDB’s support. Bansal says the company was an early adopter of MongoDB interface support in 2013. Part of that support included health checks . Bansal says reps from MongoDB often visit the office and ask what Hike might be fine-tuning when it reaches 50 million or 75 million users. “That has helped us really avoid a lot of situations,” he says. “So instead of being reactive and scrambling around that time, we have been proactive and been able to scale very, very much on that front.” With MongoDB backstopping for the inevitable hiccups that every startup faces, Hike was able to “scale up and scale up very fast,” Bansal says. “To summarize Hike’s story, it’s like start small, grow big and grow really fast,” he says. Interesting in learning more about how Hike scaled on MongoDB? You can view Bansal's complete presentation from MongoDB World . About to deploy? As Bansal explains, you can avoid common pitfalls by getting an official pre-production pistop from a MongoDB engineer.