As part of a series showcasing our wonderful employees, we're featuring interviews each week, structured as a light Q&A. Last time you met Brendan Coleman, our director of Business Development. This week we're introducing you to Barrie Segal, the Project Manager for the Development Experience team. 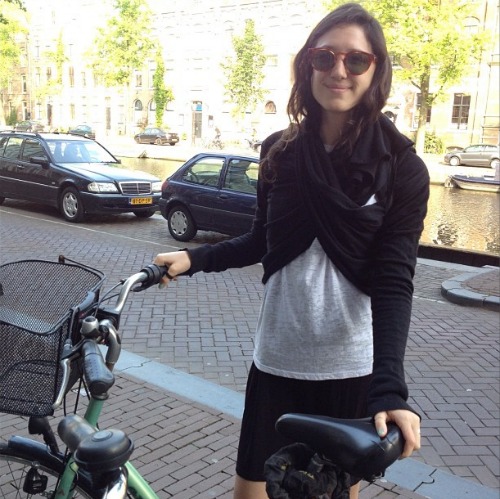 I started off as a Support Engineer. Now I’m the Project Manager for the Developer Experience team, which is comprised of our nine drivers, the documentation team and the internal tools team, which totals around 35 people. I’m also temporarily moonlighting as a PM for the MMS team right now.

I was at Columbia University’s School of General Studies, studying Economics and Sustainable Development.

I learned about MongoDB through a friend who founded a company that used it as their datastore. He took me to the MongoDB 2.0 launch party, where I met Eliot and some other members of the team. I had a chance to talk to them and walked away fascinated by the team and the product. Eliot invited me to come interview and the rest is history.

How has your role evolved at MongoDB?

As a Support Engineer, I started off focusing on our community support channels, learned a lot from shadowing and training, and eventually started working with customers. A year later I became Project Manager of the Developer Experience team.

I grew up in New Haven, Connecticut, and then my family immigrated to The Netherlands in the middle of my Junior year of high school. It was a crazy move (literally) but like most teenagers I didn’t need a lot of convincing to move to Amsterdam. Since moving back to NYC the things I miss the most are the canals, bitterballen, anything from FEBO, and cruising around on my bike. Citibike is great here but I still feel like every bike ride through NYC might be my last.

Similar to many others who started around the same time, I had no experience with MongoDB.

I learned through a combination of trial and error, and exploiting the infinite patience of my coworkers, who answered all of my many questions (thanks, guys). The reality is, MongoDB is constantly changing, so we’re all constantly learning. This keeps everyone humble, curious and always willing to teach others.

I’m working on a weightlifting application that allows me to spend less time tracking workouts on my phone at the gym.

Wake up at 7 am, take my imaginary standard poodle on an imaginary walk. At the risk of sounding cheesy or insane, I actually really love working by Times Square and walking through it every morning. Once I get to the office I check my calendar and task list for the day and map certain tasks to blocks of time between meetings. I’m a big fan of Lifehacker’s How I Work Series and will usually consult this for tips under the guise of ‘research’.

Right now the kernel team is working on a new version of the server, so my main focus is making sure all of our drivers and documentation are ready to go at the same time. On any given day we’ve got about a third of the team working with customers or giving a talk at a conference, so I also spend a great deal of time coordinating across the other teams.

After work it’s usually the gym, dance class or a show. Last week I got to see the Hagen Quartet perform some of Beethoven’s String Quartets on the Upper East Side and during intermission two senior citizens got into a fight over a cell phone and security had to break them up. That’s not a typical day though, at least for me. Maybe it was for them.

I love working on a product that fulfills a real need, at a company that, despite its rapid growth, still feels small. Also, by virtue of being PM for so many different projects, I get to work across many different teams and see how different parts of the organization work.

Seeing the Sydney and Dublin offices come online, meaning we had MongoDB support in every time zone. What it really meant was that our entire customer base had all the support they needed and the US engineers could sleep through the night.

Whatever someone else orders for me. I have bad taste.

Positioning myself on the subway platform in front of where the doors will open.

Kindle Paperwhite without a doubt. My favorite book is “The Moon is a Harsh Mistress” by Robert Heinlein.

One that is loosely planned (if at all).

If a song played when you walked into the office every day, what would it be?

This is one of my favorites.

On October 26th, 2013, the NYC Monthly Music Hackathon took over a floor of the Woolworth Building to make spooky Halloween inventions. The challenge of the Haunted Hackathon was to make immersive audiovisual installations that could be experienced either as a Halloween haunted house or an art gallery. As you exited the elevator, you encountered a vibrating pile of amplified halloween noisemaking toys, systematic multichannel sound patterns swirling around a reverberant rotunda, a business meeting of disembodied jack-o-lantern heads with speakers for mouths, sounds of a trapped man emanating from a closet, a scene in an office moments after a suicide in the 1920's, a glowing turntable driving a pulsating handmade analog synthesizer, a shakuhachi flute driven by the electrical activity of the performer's heart, and a walk down a long, dark, foggy hallway into swelling sound effects, an ever brighter light, and a floating hologram of a door. MongoDB, Inc., is a loyal sponsor of the NYC Monthly Music Hackathon. It embodies the same spirit of generosity and innovation we strive to achieve. (Photos by A. Jesse Jiryu Davis.)

Since the release of the Charts Embedding SDK in May of 2020, developers have been exploring powerful new ways to visualize and share data from their MongoDB Atlas clusters. Embedding charts and dashboards is a valuable use case for Charts users and the new Embedding Page streamlines the embedding experience for first time users and veterans alike. Everything you need on one screen Don’t worry if the concept of embedding within the MongoDB Charts platform is new to you. The Getting Started tab provides configuration guidance, and links to video references, code snippets, live sandboxes, and other resources to help you get started. But just as your applications may evolve according to your needs, your embedding requirements may also change over time. Once you have set up an embedded dashboard or chart, the Items tab acts as the landing page. Think of this as a live snapshot of your current embedding environment. You’ll see a list of all of your charts grouped by their dashboards, be able to search based on title or description, and filter the list to show only dashboards. Within each row, you can view a chart or dashboard’s embedded status, see which type of embedding is enabled, view and copy the embedding ID, and access the full suite of embedding settings available for each item. This means that you can add filters or change your embedding method without having to know exactly where every chart or related setting lives. This approach also lets you operate with confidence on one single page. How cool is that? Authentication settings The Charts SDK allows you to configure unauthenticated embedding for dashboards or charts, making for a painless way to share these items in a safe and controlled environment. Depending on your use case, this setup may be a little more flexible than you’d like. The Authentication Settings tab contains authentication provider settings, giving project owners a single source of truth for adding and maintaining providers. Our focus for this feature is on simplicity and consolidation. We believe wholeheartedly that if we can enable you to spend less time hunting down where to configure settings or find resources, you can focus more on what really matters and build great software. For more information on authentication options, read our documentation . New to MongoDB Atlas Charts? Get started today by logging in to or signing up for MongoDB Atlas , deploying or selecting a cluster, and activating Charts for free.