What initially captures developers’ attention is how intuitive documents are. Documents map directly to objects in code, so they are much more natural and efficient to work with, driving higher development velocity. There is no need to decompose data across tables, run expensive JOINs to reassemble objects or integrate a separate ORM layer. Data that is accessed together is stored together, so developers have less code to write and their users get higher performance.

After ease-of-use, what hooks developers on the document model is how flexible it is, giving them faster evolution in the face of constantly changing business requirements.

Beyond the data model, being able to rely on a highly resilient and massively scalable distributed database layer also gives developers a data foundation that they can depend upon.

What all of this adds up to is much greater autonomy for developers to move at speed. This autonomy is critical as more and more organizations adopt microservices patterns to decompose monolithic applications into independently deployable units developed by small, self-sufficient teams.

I just heard from a customer who basically mandated that all new development work happen on MongoDB given how much easier it is for distributed development teams to develop apps versus other platforms where it's hard for those teams to work autonomously.

This is a quote from a member of MongoDB’s leadership team while discussing the sudden increase in remote work.

How does it do this?

First, let’s take a step back and look at what it’s like to work with a traditional relational database.

Coming from a Relational World

A relational database’s rigid row-and-column structure creates a mismatch between how developers think of – and code – data, and how they need to store it. Developers must coordinate with database administrators (DBAs) to translate the application’s rich data schema to fit the rules of the relational model.

Adding an ORM layer partially abstracts the discrepancies between the structure of the data in code versus the data in the database. However, another layer adds complexity for developers and DBAs, requiring more interactions and design debate. At the end of all of this, ORMs often produce sub-optimal query performance and developers still require deep SQL skills to handle more complex queries.

As the application evolves, so do the data storage and retrieval requirements. Schema modifications, even small ones, require navigating a complex dependency chain, including the need to update ORM class-table mappings, recompile programming language classes, modify application code, and of course, change and add queries. This necessitates the involvement of multiple teams. Deploying schema migrations can then take the database offline, or at best result in degraded performance while the migration is in-flight.

All of this imposes huge friction to the development process when building applications and adding new features.

How much of a problem is this…..really?

Empirically, the continual need to resolve conflicts between the data model in an ever-changing application versus the data model in its relational database increases production problems and adds a lot of extra coordination, slowing the developers and business down. So yes, it’s a BIG PROBLEM.

A key attribute of documents is that they are flexible and adaptable. What does this mean and what benefits does this bring?

While a flexible schema is a powerful feature, there are situations where you might want more control and governance over the data structure and content of your documents. Schema validation in MongoDB gives you this balance.

Through these benefits, the flexibility of the document data model is well suited to the demands of today’s agile and DevOps practices. In this world application changes are continuously being deployed into production, driven by small, self-contained autonomous teams.

Show me the Proof

Let's look at a few examples. 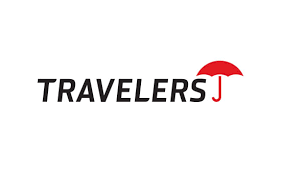 But you can’t do that with Oracle or SQL Server, you still have to have this DBA skill set to manage schema and manage database changes.

In its session entitled “Bye Bye Legacy: Simplifying the Journey” HSBC developers and architects discussed the benefits of moving to documents and MongoDB as they modernized their trading systems around microservices. It enabled them to shift traditional siloed teams, segregated by management hierarchy, into much more cross functional groups with self-sufficient, multi-disciplinary pods.

The most beautiful part is the data model. Everything is a natural JSON document. So for the developers, it is easy, really easy for them to work with quickly. Spending time on building business value, rather than data modeling.

Take a look at our What is a Document Database page to learn more about what documents can do for developer productivity and how they enable the autonomy needed for efficiency and velocity.

You can also try out the power of documents for free with our sample data in MongoDB Atlas.

A New Way to Connect with Your Community

Come learn about our new tools available for staying in touch with the MongoDB Community.

How These MongoDB Employees Celebrated Juneteenth