We’re pleased to announce our newest addition to the MongoDB World lineup. Charity Majors, Production Engineering Manager for Parse at Facebook, will close day one of the conference with a keynote on MongoDB’s value to ops teams.

Parse powers mobile apps, quickly scaling to over 260,000 apps since its launch in 2012. The team faces unique operational challenges. An app featured in the iTunes store can cause traffic to spike dramatically within hours, and the Parse platform needs to be resilient to these fluctuations. Parse relies on MongoDB as the underlying data store for all of their apps, and the team has contributed back to the community through a variety of open source tools.

Parse’s success resulted in its acquisition by Facebook a year ago. Charity is now responsible for managing this fast-growing and evolving MongoDB system at Facebook. At MongoDB World, she’ll share her perspective on scaling a MongoDB system, maintaining reliability and preparing for growth. 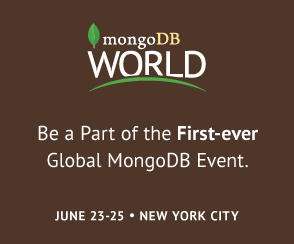