When Boxed got going in 2013, it was a small company daring to play in a market of giants. The founders spotted a niche in online CPG, or consumer packaged goods, the American retail market’s term for consumable household items that are replenished on a regular basis. The rest of the world knows them as FMCG – fast-moving consumer goods. And everyone knows them as toilet paper, hand sanitizers, soap, toothpaste and tins of beans.

Buying such things in 2013, even online, was simple. But Boxed realized that, for households and small businesses that wanted to buy in bulk, there was no perfect online outlet. Buyers’ clubs like Costco wanted membership fees. Both pure-play online retailers, like Amazon, and the online shop fronts of classic retailers were geared for small orders. And everyone offered a bewildering variety of options with uncertain delivery times. 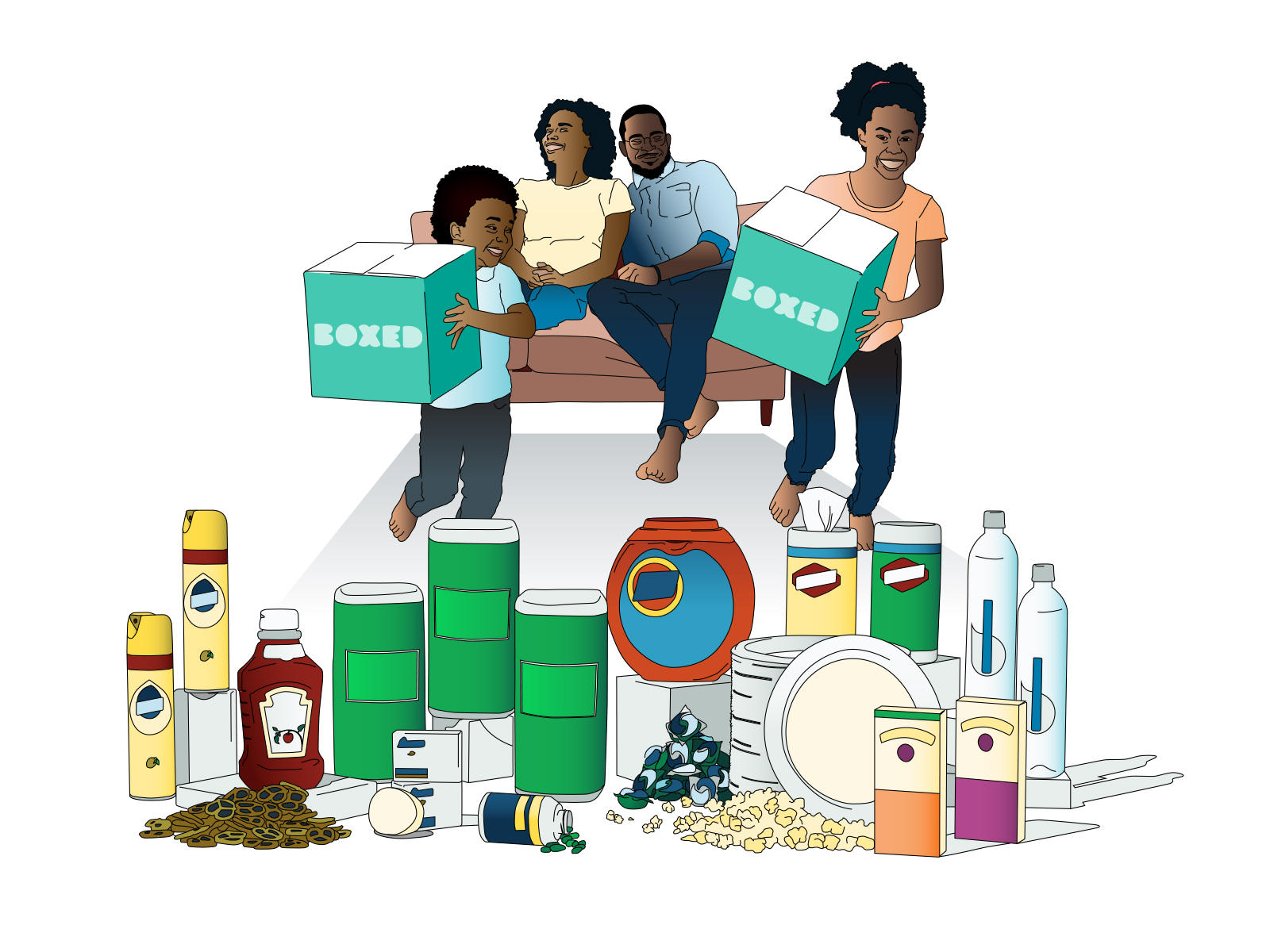 So Boxed determined it would offer a small selection of curated items with no additional fees and a heavy emphasis on delivering to strict schedules. It took a little while to fine-tune the model and set up all the right relationships with suppliers, customers and the stock model. But Boxed knew this would happen, so from the outset it wanted its IT infrastructure to be flexible, scalable and affordable. “We chose MongoDB at the start,” says Boxed CTO and co-founder William Fong, “because we were confident it ran at scale and we really liked the flexibility of the document data model that let us rapidly add to and change database components without spending lots of time executing schema migrations. It played a pivotal part as we were figuring out who we wanted to be.”

Another obvious choice was building in the cloud. Although Boxed started with one high-profile cloud platform, as it grew it found compelling reasons to migrate to Google Cloud Platform, “We were using a proprietary orchestration framework built by consultants to manage our cluster and it was expensive and not a good fit.” says Fong. “We wanted to use Kubernetes, and we found Google Cloud’s Compute Engine reduced our managerial overhead considerably. That was the major driver – it ticked all the boxes. It had all the components and all the scaling.”

Built for ecommerce from the ground up

Boxed is very much its own platform, he explains. “We’re not built on Shopify. We’ve spent seven years developing our own in-house comprehensive ecommerce stacks for our shopping experience with storefront APIs, website, customer apps, everything you associate with ecommerce. Then we have the technology for our seller ecosystem, so we have an onsite advertising platform, big data vendor traffic insights and the foundations of a marketplace framework. Finally, our internal operations support handling fulfillment, so we have warehouse management and robotics, ERP systems, procurement and all things supply chain.” 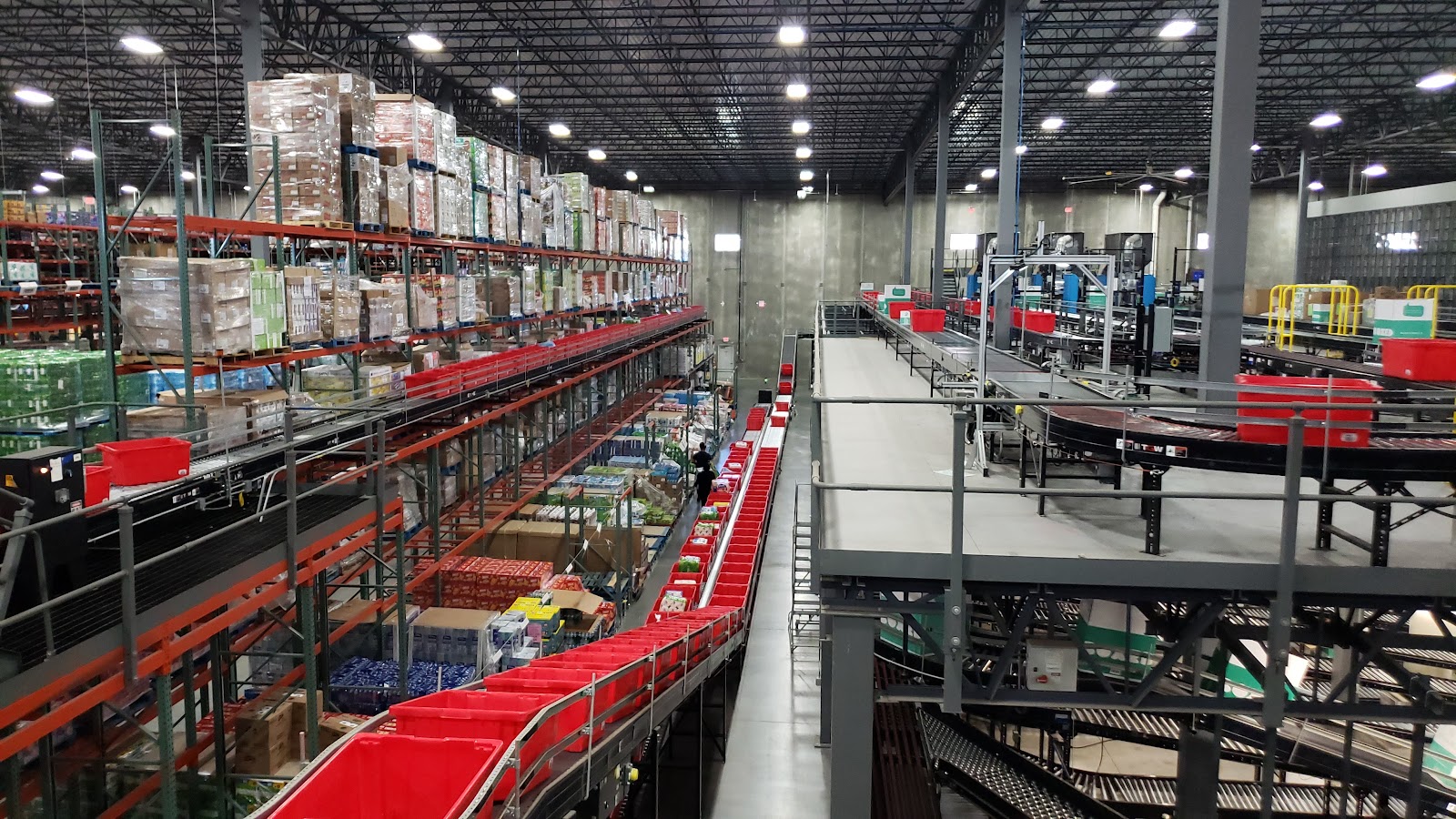 Fong continues, “By now, we’ve got more than 50 self-developed applications running across the company, from customer-facing through to the MongoDB Atlas main data platform, through a pipeline into a data warehouse that supports our analytics.”

In other words, Boxed has built its entire internal software stack by itself, with no off-the-shelf retail software or prepackaged platforms. MongoDB makes that possible because the environment is so easy to develop in.

Boxed chose MongoDB Atlas for its low maintenance, high reliability, rich feature set and – above all – its scaling. “For a long time, your compute layer scaled far more dynamically than your database. With MongoDB Atlas, really for the first time, you can have your data engines scale just as well, just as fast.”

And on one day in March 2020, that was going to be put to a shockingly brutal test.

“We’re selling bulk toilet paper and hand sanitizer, so as soon as the COVID-19 pandemic started to bite we saw a 2x, 3x uptick in sales”, says Fong. “We paid attention, of course, but we didn’t have to do anything in particular. We’re a completely data-driven company, and the ops team was getting their real-time data on orders in and out, the supply chain and the management of the three big warehouses across the continental US that feed fulfillment.”

Just days into the COVID-19 lockdown, Boxed made the news as one of the main ways in which people were buying essentials now that ordinary retail was closed or running low on essentials. “We were at 2x – and, all of a sudden, we were at 30–35x.” says Fong. “The 30x day was the day we had to really get involved.”

Although autoscaling on MongoDB Atlas and Google Cloud worked well to absorb the peak, its relational data warehouse couldn’t cope. “It’s normally just about real time,” says Fong, “and we need that, especially during exceptional times. There are a lot of moving parts in our supply chains, and the ops team needs to know exactly what’s needed, where and when. It became difficult to react in real time.”

Why is that important? “Our business is fully dependent on the amount and quality of data we have. We need to be well informed to best manage our operations.”

MongoDB Atlas and Charts: A life-saver

The data was there, though. MongoDB Atlas and the rest of the fabric was fine – the website was up, orders were being accepted, stock was being counted. The company just couldn’t get the consolidated insights to be able to direct their business operations from their data warehouse quick enough.

“I decided that it was the perfect day to learn how to use MongoDB Charts,” says Fong. “We hadn’t looked at it before, but in 15 to 20 minutes, I was producing charts of real-time data and dashboards. We were able to bridge the gap with real-time data straight from MongoDB and package it in a way that was relevant and immediately actionable.”

Traffic has since fallen back from that crazy peak but is still running many times over pre-pandemic levels. And Boxed is thinking about the world to come.

MongoDB Atlas and Google Cloud have given us confidence. We passed this test together. We’ll pass the next.

‘We can rely on MongoDB Atlas and Google Cloud”

“It’s going to be different, even when businesses come back online. A lot of thought has to go into safety, so managing our warehouse, our people and the increased demand for sanitizing and cleaning is all part of the mix.” But the tech side is one where the initial and subsequent decisions have been more than proved.

“We know we can rely on MongoDB Atlas and Google Cloud. Our costs in Google Cloud are down by around 30 percent despite a doubling in use over the past two years. With Atlas, we have a team of three people really involved in that side. They can easily give clients and developers safe visibility to all the performance and diagnostics they need without having to act as gatekeepers. Developers really like working with the system.”

For a company with a small staff spread across the country, the feeling of teamwork inside and out is just as important. “Our experience with the people in both MongoDB and Google Cloud has been one of really involved partnership, whereas with our previous provider, it sometimes barely felt like we were even customers. We were always comfortable with distributed teams, but this has taught us the importance of working really closely online with each other. And we have the tools to do that, to free us to adapt, innovate and grow.”

“MongoDB Atlas and Google Cloud have given us confidence. We passed this test together. We’ll pass the next.”

Ready to get started? Sign up for MongoDB Atlas.

Supporting Each Other Through Tough Times - My Journey at MongoDB

David Mascanzoni, Corporate Account Executive, discusses how his team supported him during COVID-19.